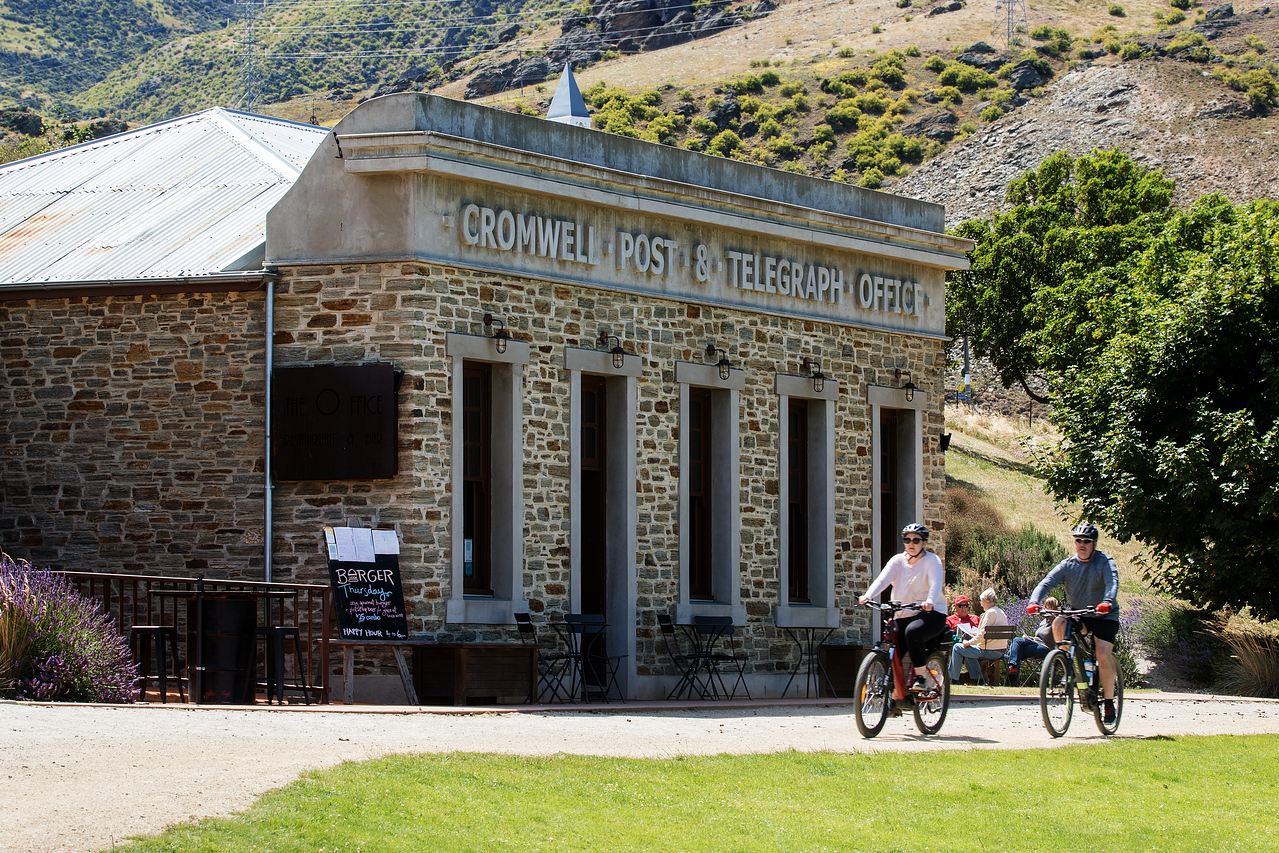 Everywhere in Cromwell was busy. It was early January and the town was full of holiday makers making the most of the long, hot summer weather that lasted from early morning till deep into the evening. Having spent a number of summers in my childhood in Central Otago, one of my lasting memories is of big, blue endless skies that seemed to stretch on forever. This was one of those days.

Cromwell has the unique distinction of having two towns with three different names. The original town was known as ‘The Junction’, then ‘The Point’ and ‘Kawarau’ before settling on the name of Cromwell. Built high above the meeting point of the Clutha and Kawarau Rivers, one of the features as you entered the town across an historic bridge was the colours of the waters of the two rivers as they converged into one. However, in the 1980’s the Clyde Dam was built and the filling of Lake Dunstan in the early 1990s began. This resulted in the rivers being drowned, as was the old town centre. Thia meant a new town centre had to be constructed, some 2 kilometres away. Thus, giving Cromwell the distinction of having a new town and an old town. It was the old town that I was here to see.

The old town of Cromwell is a delightful place. It really is a shame that the rest of the historic village is no longer visible. Neither is the old Chinese settlement. Both were completely drowned when the lake was formed. I can’t help but think what a pity it is that so much heritage was lost.

Parking these thoughts to one side, what remains is a charming place that is filled with a good range of buildings that give a glimpse of the gold rush days. The Post & Telegraph Office remains, along with buildings such as the Blacksmith, the Globe Hotel, the Seed & Grain Store, the Butchery and Stumbles General Store. All of which have been turned into galleries, cafes and boutique shops surrounded by some lovely spots for a picnic.

Having strolled around the old town for a bit, I purchased a coffee and sat by the lake. I watched families cycle alongside the water with varying degrees of skill and success. So, with that I left the lovely old town of Cromwell with my next stop being Clyde.

What to find out more about Cromwell including places to stay, places to play, places to explore and lots more information? Visit the Cromwell: https://www.cromwell.org.nz/