A Walk In The Snow

Some people are blessed when it comes to clothes shopping. They have an innate ability to trust their inner voice and listen to intuitive hints when shopping. Somehow, without trying, they understand both fashion and style. Unfortunately, I possess neither of these. I have a long history of poor choices that prove my hunches and gut feelings should not be listened to. I am not allowed to shop by myself. It’s not that I can’t, it’s just that my fashion judgement can’t be trusted.

Recently, in need of some new footwear, I took my wife’s advice and went shopping for a pair of shoes. At the time, my wife and daughter were having lunch. So, they both happily agreed to act as consultant and advisor on this much overdue trip.

After a brief time being distracted by items I didn’t need, I found my way to the shoe section. I then commented to my advisory group that I had spied a suitable pair in the preceding aisle. Not long had they disappeared around the corner when over the top of the aisle came a high pitched exclamation.
“Oh hell no!”
“What’s wrong with them?” I exclaimed.
“Well, there’s nothing right with them!” they both retorted.
I was then lovingly taken by the elbow and guided to a section that I was told had a much more suitable selection for me to consider. Here, I found several other men also looking at shoes. Unfortunately, the aisle was now in danger of being overrun with advisory support group workers, all affectionately holding elbows.

What this has to do with anything at all is that I was heading off to the alpine village of Mount Cook and needed some new shoes for my rock hopping expedition.

Having arrived in the alpine village the night before, the day was clear and the village was covered in a deep blanket of fresh snow. The previous evening, I discovered that it had been snowing for a staggering 16 hours. Now, in the bright morning sunlight, the village took on a magical, story book feel. Scanning the scene around me, I quickly deduced that my newly purchased foot attire wouldn’t be up to the job and alternative footwear would be needed. Gumboots! Today’s expedition involved a 10km round trip hike through the Hooker Valley to the Hooker Lake. A trek I’d very much been looking forward too. Now, with the heavy snowfall, I found myself eager to get going.

I quickly devoured some toast in the lodge kitchen/lounge and joyfully took in the sights and sounds around me. Not only did I have a magnificent view of the snow covered mountains, the family next to me had just discovered they had locked themselves out of their room. While the mother of the family (who had just returned from buying milk) quickly disappeared to arrange access to their trapped belongings, the rest of the family happily tucked in to the breakfast that sat in front of them. At one point it did cross my mind to point out that finishing all the milk while she was absent fixing their current predicament might not be the best idea. But, keen to get going, and not wanting to spoil the surprise, I gathered my camera gear and headed out into the snow. Bound for the Hooker Valley.

Covered in deep snow, the track led up the Hooker Valley towards Aoraki/Mount Cook. It started by passing close to Freda’s Rock. It’s named after Emmeline Freda du Faur who was the first woman to climb Aoraki/Mount Cook. This amazing accomplishment she achieved in 1910 and remains forever immortalised in New Zealand mountaineering history. I happily followed the snowy path, kicking snow and trying to decide if it would be socially acceptable to throw snowballs at strangers when Mueller Glacier and the first swing bridge came into view. The path crossed the Hooker River and carried on to the second swing bridge.

It was somewhere between the Mueller Glacier and the second swing bridge that I suddenly had the overwhelming feeling that I might be getting sunburnt. I rummaged through my bag but soon realized that bringing sunblock really would have been a good idea. resigning myself to the fact that I was going to end up very burnt, I pushed on.

Passing the second bridge, the track opened to the wider valley floor, and even deeper snow until I arrived at the third swing bridge and headed for the glacier lake.

Upon arriving at my destination I came across a view that is pretty well unimprovable. Mountains, rocks, snow, ice, a glacier and lake in every direction. The last 20 meters of the track is a gentle incline until reaching the top of the path where it opens out to an amazing view of Aoraki/Mount Cook, Hooker Glacier and the Southern Alps. This is one of the beautiful things about Aotearoa, if you are prepared to walk then you’re in for some spectacular scenery.

I stood and daydreamed for a bit, ate my carefully packed sandwiches, explored the different vantage spots with my camera before turning my attention to the walk back. By this time, under the hot sun, the snowy track was turning to slush and I had 5km of splashing through puddles ahead of me.

Sometime later, upon my return, I fetched a Speight’s from my improvised ice bucket fashioned from  rocks and snow and settled on my bed. My legs aching and my face burning, I started the process of uploading flash cards to my computer. My thoughts then turned to the next day which was to involve finding the Clay Cliffs in Omarama. I wondered how much walking was involved? 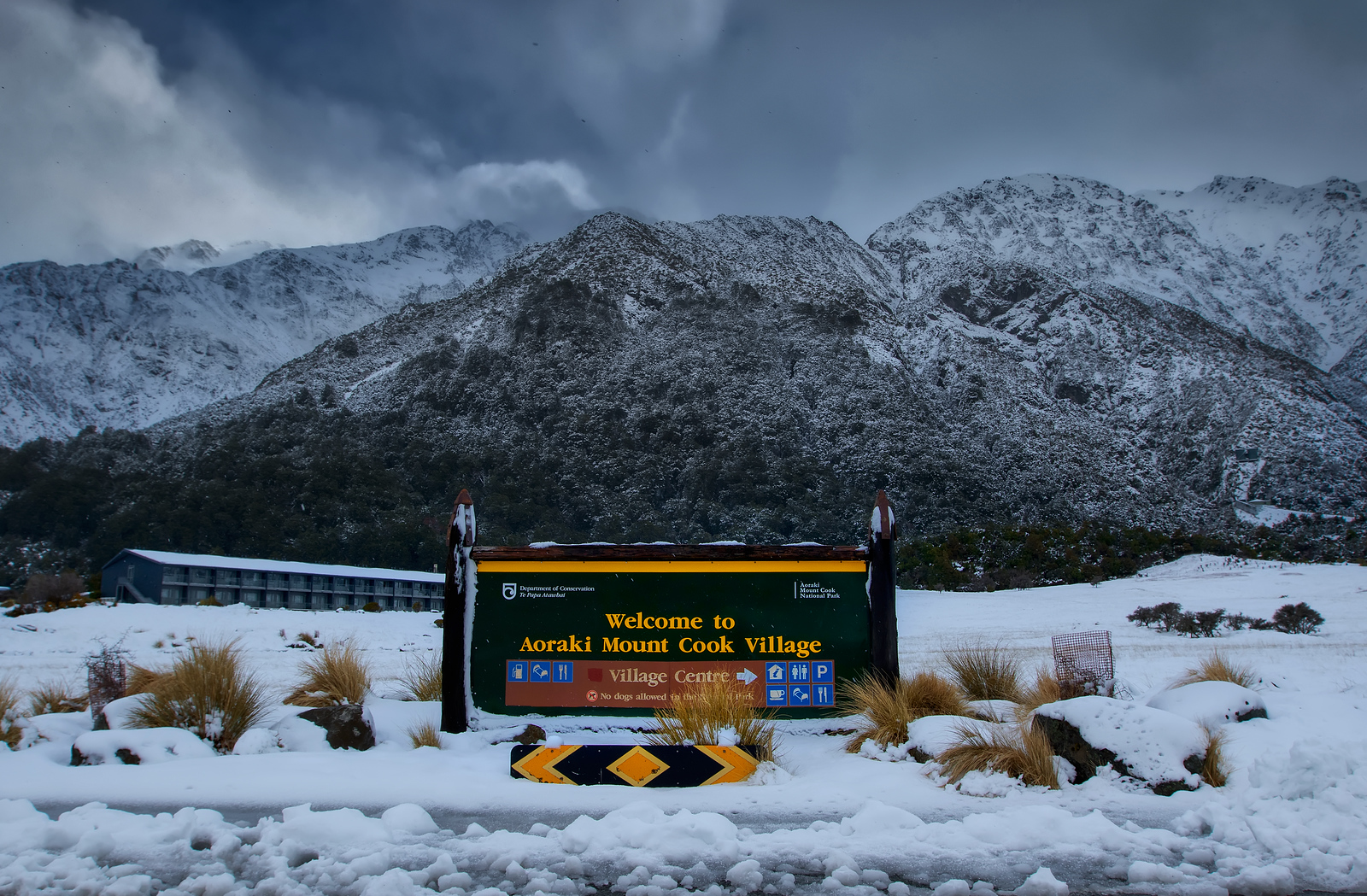