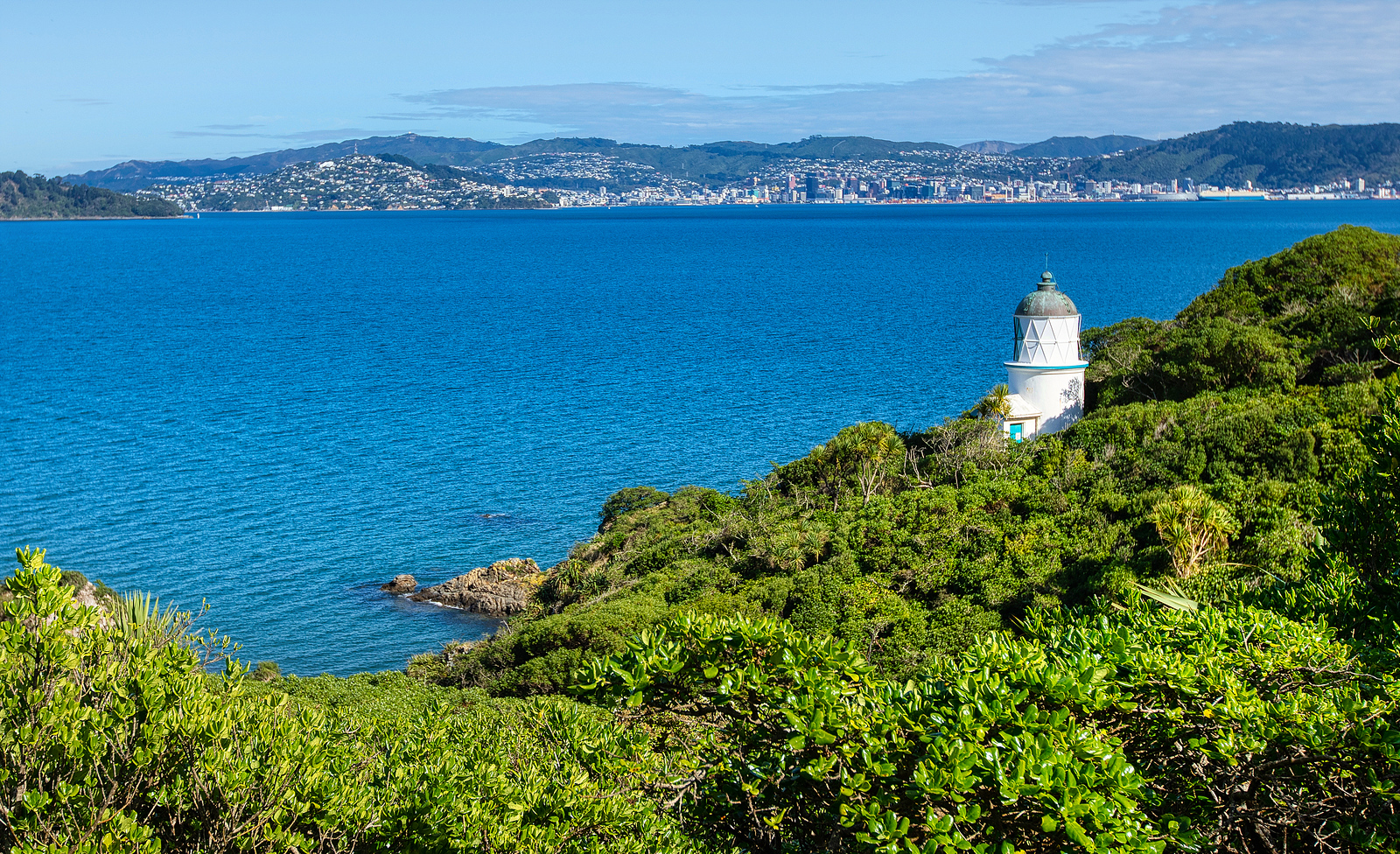 Day 3 – Matiu/Somes Island’s claim to fame is wide and varied. Lying in Wellington Harbour it’s history dates back to the early Polynesian Explorer Kupe, and since then it has been a Maori Pa site, a quarantine station, an internment camp, a military defensive position and is now a wildlife reserve and sanctuary looked after by the Department of Conservation.

My plan for the day was to ferry across the harbour to Days Bay and an area called Eastbourne. I had purchased my ticket from a young lady who was without a doubt one of the most friendly, helpful and polite receptionist I’ve ever met. Upon my inquiry for a return ticket across the harbour she politely informed me that the next ferry was actually stopping at Matiu/Somes Island which apparently wasn’t very big ‘but definitely worth a visit’. ‘Well, why not I said’. So, after a short but enjoyable board ride I found myself standing on an island in the middle of Wellington Harbour.

My time on Matiu/Somes Island was completely majestic. I wander along tracks and paths surrounded by bush. Past decommissioned army barracks and other disused buildings that had been constructed on the island over the years. I walked through a bush filled with bird life and took in the sweeping views of Wellington Harbour and the city around me. It was on my return to the ferry that it occurred to me what makes Matiu/Somes Island so peaceful. Firstly, there’s no litter or rubbish bins. Secondly there’s no powerless graffiti and thirdly, a lack of human noise. For two hours I was free of all human sounds that now backdrop our lives. Of course, it couldn’t last and when the sight and sound of the ferry came chugging around the far point of Island, I found my ticket and boarded the ferry for Days Bay and in search of lunch.

I ate a delightful lunch at a charming place called Chocolate Dayz Cafe before  I headed off on foot along the Pencarrow Coast. I didn’t really have a plan but to walk as far as I could. I spent the afternoon strolling along the coastal streets through Eastbourne and along the beaches stopping to look at nothing in particular before heading back for my ferry.

Being a few minutes early I ventured across to an ice cream parlour to buy a drink where a young man was in the process of failing to balance two scoops of ice cream on a cone. This task he failed at twice more before the customer equally failed at using his debit card to pay for the items. All of this was completed moments before I could insist on making and paying for the bloody things myself to avoid dying of old age.

A short time later, clutching my well deserved drink and seated on the ferry the vessel set off once more across the harbour.