To Chance Your Arm

I missed the point in history when gift shops started popping up in Churches, but then I also missed the point when all politicians, heads of state and Kings and Queens were honest loyal citizens who were respected and looked up to for their integrity and principles. The pages of history are littered with nobles and powerful families who act in ways that seem to range from just a little peculiar to acts of complete lunasee.

At the time of 1492, parts of Ireland were ruled by the King of England (The King of England was also the Lordship of Ireland) who was Henry VII. As Henry was a very busy person and couldn’t be in two places at once, he was represented locally in Ireland. At this time in Ireland, the King’s representative was called the Viceroy of Ireland. As the Viceroy was also a very busy person, he too had a deputy. This position was called the Lord Deputy. It was this high position of office that the powerful James Butler and Gerald Fitzgerald were bitterly arguing over. Unfortunately the appointment of Lord Deputy of Ireland in 1492 was not the honest, calm and well-mannered debate of modern day elections. The years of hostility, bickering and disagreement between the two families broke out into a violent conflict of outright warfare.

Fortunately sanity took hold of the situation when Fitzgerald realised that here were two families, living in the same country, worshiping in the same church, trying to kill each other.  Needing to show his honest intent, Fitzgerald ordered a hole be cut in the middle of the door. When it was finished, an undefeated and defenceless Fitzgerald, at risk of having his arm chopped off, thrust it through the hole and extended his hand in peace.

At once, Sir James Butler realised that the offer of peace was a serious one, took his hand, shook it and unlocked the door to the Chapter House of St Patrick’s. Restoring peace to the Butlers and Fitzgeralds families, giving us the phrase “to chance your arm” and the Cathedral a nice little gift shop 520 years later.

Now I’m not suggesting this is the way we should solve all our political disagreements or that politicians should risk having their arm chopped off however the idea has some merit. An action like this requires a test subject who would be willing to blindly stick their arm through a hole to a waiting angry mob for no other reason than to prove a point. I would like to suggest we try first with Donald J Trump.

Some Of My Favourite Images From Stewart Island 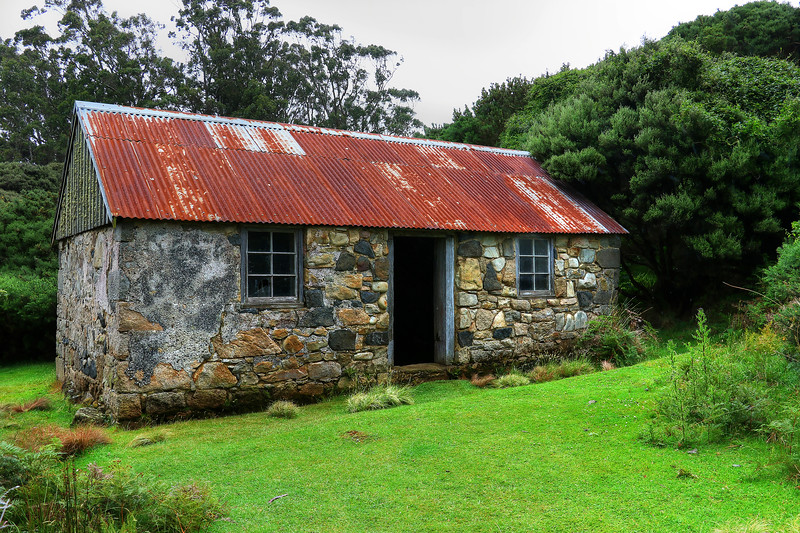