A Big Adventure In Familiar Surroundings

We’ve been told constantly that exercise is good for us and to walk in your local area. With this in mind and a clear sky above me, I set out for the beach.

Whenever I go to the beach I can always be assured of one underlying fact. A fact and event so simple it hardly seems worth mentioning. Yet, each time this event happens, my annoyance with myself for letting it occur is only ever matched by my surprise that it has happened at all. No matter how careful I am, no matter how much pre-thought and planning I put in, it always eventuates. And, to make matters worse, the severity of the event will proceed anything else that has happened. I once became so fixated at a local beach trying to avoid this event that I almost stepped onto a fur seal. I can tell you that having a close encounter with an angry fur seal is not a pleasant experience and one that makes you check your underwear afterwards! This cruel and seemingly unavoidable event is of course, getting my shoe and sock wet. Not both, that I could handle. One. It’s only ever a single shoe and sock that gets completely submerged before requiring two days drying time. It’s my beach affliction.

Knowing that I wanted to keep my feet dry for as long as possible, my planned route would be to take the local streets to the St Clair Esplanade, then venture back via St Clair, Middle and St Kilda Beaches. The grand total of this walk I calculated afterwards was just over 9 kilometres. With the prospect of spending most of the walk with a wet shoe and sock not too enticing, I elected for a return path along the beach, thus ensuring I would have at least half the distance with dry foot wear.

I set off from the top of Tahuna Road and walked at a brisk pace down a hill that leads past many typical New Zealand quarter-acre sections that were filled with all the sights and sounds of Kiwi’s doing a bit of DIY on a long weekend. Things like water blasting, trimming hedges, mowing lawns, painting the fence, trimming trees. Possibly everything I should have been doing rather than being out walking.

At this point, at the bottom of the hill, Tahuna Road changes to Victoria Road. I can’t be too sure this applies to all areas of New Zealand or even Dunedin for that matter, but the one aspect of my local area that I often lament over are the street names. Titles such as Tanui, Tahuna, Aotea and Tomahawk have an interesting appeal but the area is also surrounded by streets with names such as Royal Crescent, Queens Drive, King Edward Street and Prince Albert Road. All good names that reflect our colonial heritage but all fairly unimaginative. I often wish that town planners had put a bit more creativity into their street names, like in Sioux City, Iowa which has a street called ‘One Fun Place’ that leads directly to the Jolly Time Popcorn factory or ‘Chicken Dinner Road’ in Idaho.

As the street started to flatten out, more pondering over local government decisions greeted me with the curious town planning of locating a bowls club, a golf course and an A & P Showgrounds encircling a waste water sewage treatment plant. Many of these decisions had of course been made at the turn of the 1900 century (or thereabouts) and weren’t made with modern day hindsight. Further to this curiosity is the fact that Tahuna Park (formally the A & P show grounds) has the distinction of being an international test rugby venue.

You wouldn’t give it a second glance heading past, but on the 27th August 1905, New Zealand hosted Australia there. The fact the match was played at all was a miracle. The test was originally scheduled to be played across town at Carisbrook but so heavy was the rain and atrocious the weather leading up to match day the test was about to be scrapped when a city wide hunt for a playable surface was found at Tahuna Park. Reportedly around 3000 people flocked to the ground to see New Zealand win their 3rd ever test match 14 to 7. It must surely be one of the unlikeliest international test rugby venues in history. There can’t be too many right beside a poo-plant either I would imagine.

Now continuing on and leaving the area of Tainui and St Kilda behind I headed for St Clair and the Esplanade. The one thing I can say is that Dunedinites are an amazingly friendly lot. As I walked through neighbourhoods decorated in bears, chocolate easter eggs and colouring competitions in the window, every person I met gave me a friendly wave and hello. It really is a pleasant feeling to be out walking on a sunny day being passed by people who are as friendly to you, as you are to them. Just as I received another friendly ‘good morning’ I crossed a roundabout that signals that end of Victoria Road, and turned left, through a traffic-less round about and headed for a few steps towards the social hub of the Esplanade of St Clair.

There are few sadder sights than beachfront bars and restaurants closed when they are drenched in warm sunlight on a long weekend. Having arrived at St Clair, it was hard not to notice the emptiness of the place.  Usually on a day like this establishments placed on the Esplanade such as Salt, Starfish, The Esplanade and The Spirit House would be full of customers from dusk to dawn. Today however, I slowly ambled past the shut signs, the Covid 19 enforced closure clearly having an effect on the local economy. Continuing on past signs the advertisements for Steinlager Pure Beer, Roaring Meg Pinot Noir, Shared Platters, Asahi Dry Beer, Kapiti Ice Cream and A Winter Wetsuit Sale. I shook off the sudden urge for a swim, a beer and a bite to eat and continued along the Esplanade.

As biased as I am, I must confess that I think St Clair beach is a delightful place. At low tide you can walk from the Salt Water Pool and the rocks on the point all the way to Lawyers Head. A distance of some 3.5 kilometers of white, sandy beach. On this day, there was only a very gentle and light onshore breeze, the clear water reflecting the sun and footprints in the sand seemingly going on forever. It was what locals call a dunnerstuner. As I took in the smell of the salt air and the sound of a child asking for an ice cream while determinedly announcing they weren’t walking any further by sitting down, I viewed where my journey home would take me, along the beach. With the rolling rhythmic tone of the waves being drowned out by a child who was no longer sitting but being carried and now more sure than ever that they did indeed want an ice cream, I headed down to the beach.

To get to the beach I needed to navigate down a short flight of stairs and step on the beach via a small set of rocks. Stopping at the bottom of the stairs, I carefully took stock of the situation, picked the easiest and safest path from the stairs, to the rock, to the beach and sprang forward. My first step went as planned, I landed on my right foot and quickly continued my momentum forward, pushing off again from the rock as soon as I had landed and stretched out my left foot, preparing for a safe beach landing. No! Instead my left foot went straight into an unseen puddle of water that the tide had left behind, engulfing my shoe, sock, ankle – the lot. I stood looking at the dripping mess that was now my left foot. Then up at the long stretch of beach ahead of me. I sighed and set off. The child’s screams for ice cream having been replaced with the squelching of my left foot.

One of the fascinating aspects of Dunedin beaches is the increasing wildlife population that can be seen. A walk on the beach at any time can result in fur seals, penguins and all sorts of other bird life being spotted. Only a few weeks ago dolphins were spotted from this very beach and in 2016 a grouping of rare Shepherd’s Beaked Whales was also spotted just off the coast, causally drifting past. On this occasion I wasn’t so fortunate to spot any of the aforementioned species, I did spot something that is nevertheless as intriguing. A former rubbish dump being exposed from erosion. When the decision was made to create this landfill over a hundred twenty years ago it seems that everything washing into the sea can’t have been high on the agenda.

Now, some 100 years later after the dump was capped and turned into playing fields known as Kettle Park, parts of it appear to be one good storm away from collapsing and crumbling onto the beach. In 2007, when parts of the landfill became exposed, tests found traces of arsenic, asbestos and other industrial chemicals in nearby sand dunes. An ongoing tribute to the genius idea of putting a landfill beside a beach, what could possibly go wrong!

My beach walk eventually came to an end at Lawyers Head, my squelching foot now having collected what seemed like half the sand on the beach. It’s called Lawyers Head because the profile of this large land promontory is meant to look like a lawyer in traditional legal wig. I’m not sure where the person was standing when they came up with this idea, but it certainly isn’t anywhere close to a vantage point I’ve had. The last leg of my walk took me over the fairways of Chisholm Park and into the local cemetery.

As home came into sight at the top of the hill, I passed timeworn headstones with names such as Reginald, Ferdinand, Gertrude, Linford, Ike, Desmond and Fanny on them. It was then that I noted that the noise of DIY jobs like water blasting, trimming hedges, mowing lawns, painting the fence and trimming trees had ended. I thought about my own list of jobs, most of which had been started but not finished. I then remembered the unwritten Kiwi male law that states I’m allowed to finish these jobs, when I get around to it. 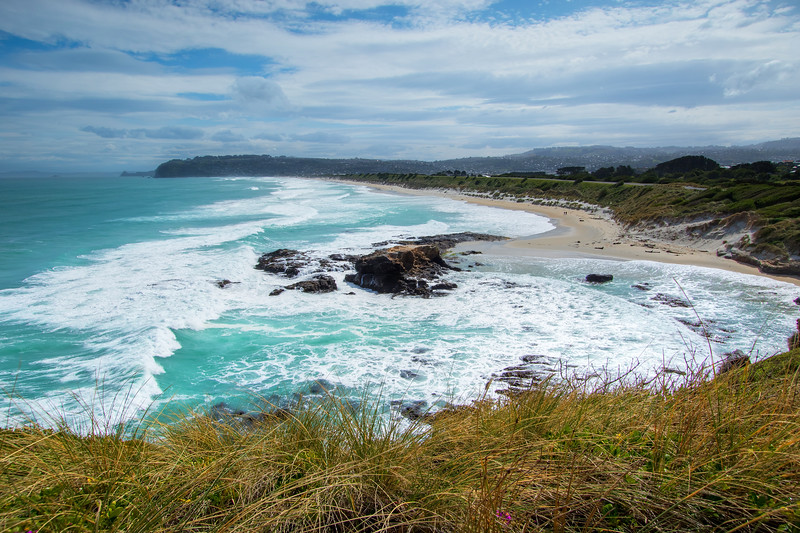 Some Of My Favourites Images From The Fine Arts Gallery 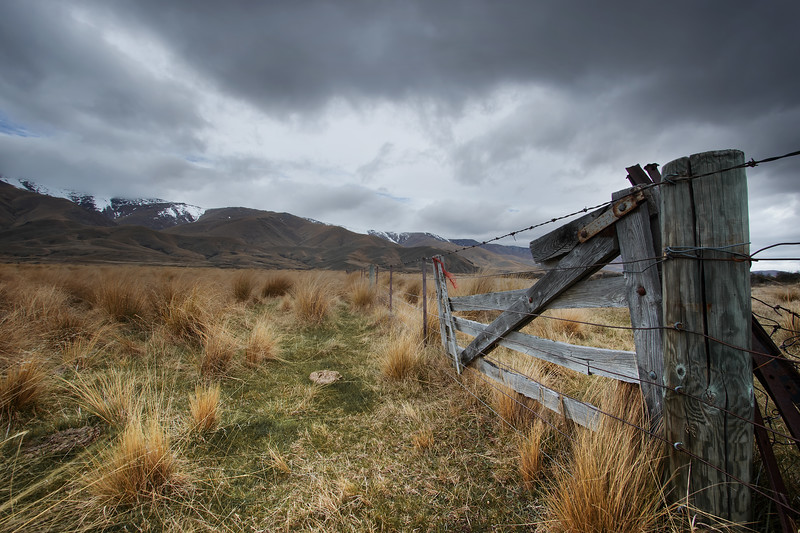 2 thoughts on “A Walk On The Beach”